IS IT WORTH PAYING FOR SEO?

The idea for this blog came about because one of the search terms used to find SERP Boost on Adwords was ‘Is Paying for SEO Worth It?’. Well, after they clicked on the ad, they must’ve decided that the answer was a resounding ‘no’, or at least a ‘not with you’, as they didn’t fill out the form for their free audit…and it cost me a couple of quid into the bargain!

Rather than shaking my fist impotently at the non-conversion, I thought I’d write a blog about the subject instead. Funnily enough, that’s partly how the content side of SEO works – find a common question and try to answer it better than anyone else.

I have worked with plenty of household names in my agency days, and they were spending thousands of pounds per month on their SEO efforts. The problem with multinationals, however, is that there are so many layers of management and hoops to jump through, that something as simple as changing a title tag can take months to implement. Literally months.

Does this mean that they weren’t getting value for money? No, but the blockages certainly slowed things down.

While researching the piece, I found an article which concludes that small businesses shouldn’t pay for SEO. It’s actually well worth reading to see the opposite viewpoint.

To a degree, the author is right. If you’re smart enough to run a business, the chances are that you’ll be able to get a decent handle on SEO over time.

There are serious problems with the argument, though.

I come from a journalism background, so the creative side of things is where I excel. This means that I should be better at optimising tags and writing content than Average Joe SEO, yet while I know my way around technical SEO fairly well, it’s an area where I don’t have the same expertise as people who live and breathe site maps and URL structure.

A good analogy for this is when I went to see my doctor last year. I had a spot on my arm which hadn’t gone away after a couple of months, and as a fair-haired freckly fella, I needed to get it checked out. My doctor thought it was probably fine, but referred me to a dermatologist anyway to be on the safe side. Happily, my GP was right in his initial assessment, but left it in the hands of an expert for the final verdict

One of my first clients after turning freelance knew a bit about SEO and would often come to me with suggestions, sometimes bordering on demands. Now, communicating with clients is a hugely important aspect of SEO, and one which is sorely neglected by certain agencies from the anecdotes I’ve heard, but when someone comes to you with outdated ideas, it’s just as vital that you steer them in the right direction.

The point being, if this client didn’t have a responsible SEO working with them and just went off and put their pre-2011 ideas in places (keyword stuffing, shady links, etc.), they’d almost certainly be hit with a manual penalty at some point.

SEOs with a broad knowledge of the subject can help you avoid these pitfalls which will harm your rankings and ultimately your business.

The basics of SEO can be picked up relatively quickly, with Moz’s Beginner’s Guide To SEO being as good a place to start as any, and Traffic Masters filling in a few gaps, too. Actually getting to grips with its nuances take much longer, though, and you really do need practical experience to get it right.

When I started SERP Boost, I wanted to do everything myself. I learned how to make a website from scratch, I even came up with the logo. The only problem being that the logo was dreadful and the website still isn’t much better.

So, I asked a pro to make my logo (hats off to Scott Graney), and have got a new site in the pipeline with a local web designer.

It’s related to the above point about having partial knowledge, but if someone else can do the job to a professional standard and for a reasonable price, it’s makes total sense to entrust the task to them.

I should probably get someone to do my SEO, come to think of it!

In the best tradition of hip-hop beef, I feel as though I should do my own version of an answer track to the article which says that SEO is bunkum. I’ll be Nicki Minaj to their Azealia Banks, if you will.

‘#1 – These Companies Aren’t Partnered With Google’

They probably are, but not in the way you might think.

The Google Partner program definitely exists, but it’s in no way a traditional partnership where the companies have a symbiotic relationship. Instead, it shows that the ‘partner’ business has shown that one of its employees has passed Google’s Adwords certification exams and the firm happens to spend over $10k per month in ad spends.

It’s got absolutely nothing to do with SEO, and although the vast majority of Google Partner companies will offer SEO services which will likely be very good, they shouldn’t be selling those particular aspects based on being a Google Partner. Frankly, it’s misleading at best.

As a side note, the first agency I worked at were Google Partners, and their SEO was genuinely atrocious and almost nonexistent for websites on their lowest monthly rate. I was only temping there and was completely new to SEO, but after a couple of weeks it dawned on me that their clients will have been comfortably in minus ROI territory, so I left for pastures new.

Their Adwords campaigns might well been great, mind you.

Again, more hogwash. Great content is a big part of SEO, of course it is, but it doesn’t work in isolation from the rest of the elements which make for solid optimisation.

Firstly, it dismisses the power of links, whether they be internal, external or those all-important backlinks. It’s widely accepted as things currently stand that Great Content + Relevant Link Building = Good SEO, or a large part of it at least.

The technical side can’t be ignored either, whether that be canonicalization, page speed issues or making sure you have an easily crawlable URL structure.

The article ignores under-the-hood factors such as title tags and headers, not to mention endorsing the debunked ‘If You Build It, They Will Come’ notion when it comes to blogging. Outreach? Pah!

I’ve got a friend who is a neuroscientist and my brother-in-law is an engineer. I’ve got pals who are builders and gardeners and know a couple of people who look after kids with severe autism. Compared to any of those, SEO is walk in the park, as is pretty much anything in the ‘digital’ arena.

It helps if you know what you’re doing, though. Can you learn everything you’ll need to know in an hour, as the article suggests? Of course not.

While it’s certainly true that you can pick up some of the absolute basics inside 60 minutes, it still takes experience to know if you’re implementing your ideas properly or if they’re best practice. As well as building up your knowledge base over time, you need to understand how to apply it correctly and sprinkle some creative flair over the top.

Will a business owner with limited exposure to SEO be able to analyse and interpret their Google Analytics data? Will they be able to diagnose why their main keywords have dropped in the rankings and then remedy the situation? Can they define what this mythical ‘great content’ is?

SEO is a professional service, and is something that me and my army of fellow optimisers take great pride in doing well. There will almost certainly be a huge amount of value left on the table if you do the work yourself, and there’s no value at all in that approach.

We’re getting into the realms of libel, here. Reputable firms don’t use Black Hat SEO, simple as that. If you want to ruin your site in the long term, head over to Fiverr and get someone to point a squillion snidey PBN backlinks to your homepage, job done.

There are some genuinely great value gigs on Fiverr, but usually around video and design, with much of the SEO offered being a recipe for disaster.

Google and its ever-changing algorithms are smarter than we are, and it’s our job as SEOs not to game the system for short term gains, but to understand what can promote the prolonged good health of your website.

‘#5 – Most Of SEO Is Done When The Content Is Created’

Similar to point #2, in that it writes off link building, outreach, technical and the actual optimisation part itself. That’s assuming that by ‘Done’ the author means ‘Completed’ rather than ‘Done After’.

Not all sites will need dozens of hours of attention lavished on them each month, with most of my clients having between 5-10 hours. Plus, there’s only so much SEO you can do for a 5-page website, but it all depends on what the client wants to achieve with the budget they have.

Do they want to build new location or service landing pages? Do they want to start a blog, or expand an existing one in order to catch up with their competitors? Have they changed address and need their citations and directories updating? The possibilities are limitless.

So, is it worth paying for SEO?

Generally speaking, yes it is. If you have a very small website, I wouldn’t blame you if you wanted to give things a bash yourself, but if you don’t see much in the way of improvements, then the chances are that a professional will be able to figure out why and make the necessary adjustments.

In fact, I encourage my clients to learn more about SEO as we go along, and as I always explain the reasons why I use particular methods, they tend to pick things up by osmosis and have come up with some fantastic ideas as a result.

As an SEO, you become emotionally attached to the websites you work on and the people behind them, and it’s a brilliant feeling when you can give the client the good news that you’ve exceeded your targets or hit #1 for a particularly tough keyword.

One word of warning, though: if you are approached by an SEO company which promises #1 or first page rankings, please just ignore them. They can do no such thing and are utter snake oil-selling charlatans.

Choose someone reputable, talk to them first, and remember that SEO is an investment rather than a cost.

Want to join the discussion?
Feel free to contribute! 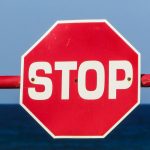 In Defence Of Stop Words
Scroll to top